How to Register a Death

Since December 2005, the procedures delegating how to register a death in Ireland changed. The next-of-kin must register a death. The Hospital, Nursing Home or Residential Care Unit where the death occurred will no longer register the death. A Medical Doctor does not issue the Death Certificate.

This Form, having been completed by both the Doctor and the next-of-kin/relative, should then be taken to any Registrar for Births, Marriages & Deaths in Ireland where the death will then be registered. This must be registered within 90 days of the death taking place.

* In December 2005, all Registered Medical Practitioners were issued with Death Notification Forms. They were asked by the General Registrars Office to discard the now out-of-date Death Registration Forms. Unfortunately, a substantial number of practitioners are still using the out-of-date forms! (February 2006)

Having registered the death, a copy/copies of the official Death Certificate may be obtained for 8 euro from the same Registrar's Office. 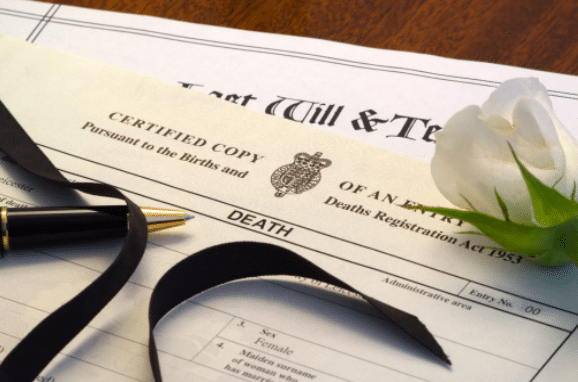